South Australia, 1846, and the countryside is being rapidly cared into pastures and copper mines. It's first come, first served and no prizes for coming second. But to hold your prize you must be as tough and unforgiving as the land itself.

A young man, Jason Hallam, shipwrecked off the Yorke Peninsula, is taken in by the Narungga clan who live there. He learns their ways, hears the whispers that the kuinyo, the white man is coming to take their land. And then black and white tragically collide.

Jason is caught between two worlds — his best friend, Mura, is Narungga, and Alison, the girl he loves, a grazier's daughter. What price is he prepared to pay to tread his own path, make his own rules?

A compelling story of loyalty, loss and survival, A Far Country is alive with the beauty and brutality of a wild frontier and the people who made it their home.

Be the first to review A Far Country. 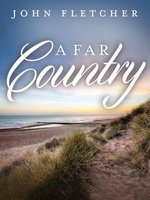