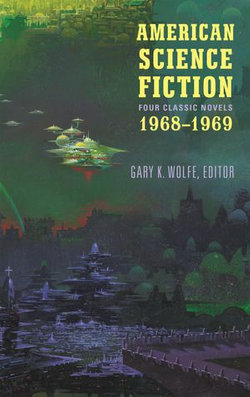 by R. A. Lafferty, Joanna Russ,  Samuel R. Delany and others

In this second volume of a two-volume set gathering the best American science fiction from the tumultuous 1960s, R. A. Lafferty's quirky and utterly original Past Master, an unjustly neglected classic, imagines Sir Thomas More transported to the colony Astrobe in the year 2535, where he is made president of a future Utopia. In Picnic on Paradise, Joanna Russ presents her indelible heroine, Alyx, who is hired to protect a group of tourists in a hostile alien world. Samuel R. Delany's proto-cyberpunk space opera Nova, reprinted here for the first time in a text corrected by the author, combines the pacing of a revenge story with the arc of a grail-quest legend. Jack Vance's dystopian thriller Emphyrio is the coming-of-age story of Ghyl, who has been raised in a world barring the use of automation but has a strong sense of subversive individualism. The novel has been restored to the author's original text, without later editorial interventions.

Joanna Russ was born in New York City and is regarded as one of the leading feminist science fiction writers. 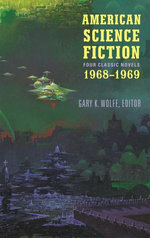 by R. A. Lafferty, Joanna Russ,  Samuel R. Delany and others

Short stories Space opera
Hold on while we process your request.