Candyflipping is the second book in 'The Chemsex Trilogy' and continues to explore the chem-sex revolution in Britain, the effects of recreational drugs, their impact on the community and the darker realms of self-medication which can rapidly develop into self harm, to address issues of depression, anxiety, and loss of confidence and self-esteem, especially after you've just been arrested for Possession with intent to supply, Class A drugs! Out on bail, It also examines the role in which the Police Court system play in dealing with the symptoms, not the problem, harassing small time drug dealers and end users of drugs,where the focus should really be on the importers and distributers if the 'war on drugs' is ever to be won

Be the first to review Candy Flipping. 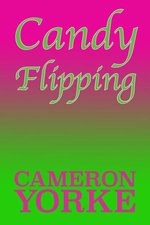