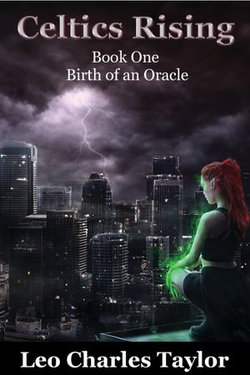 Celtics Rising: Birth of an Oracle

For centuries Rome has ruled the western world, using its might and influence to cross borders, usurp thrones, and express its will. But across the waters, in a far away land filled with Mountains, rivers, oceans, and valleys, an ancient enemy begins to coalesce. It's soldiers hear a call, and begin to make the trek not knowing who is calling or why, but they move nonetheless. They must make it to a city called Seattle, and as they begin to gather in strength, new demons begin to be created, joining the ancient brethren in their hatred of the ancient Roman gods. The Celtic demons, the vampires, lycans, trolls, hell hounds, and many more, will slowly begin to understand the truth about their ancient adversary. The one simple truth that will bring them out of hiding and allow them to once again gain their former glory. They hear it whispered on the wind and rumbling like a vibration through the earth, and on each tongue, in each mind, they know the truth. Rome is falling.

Be the first to review Celtics Rising: Birth of an Oracle. 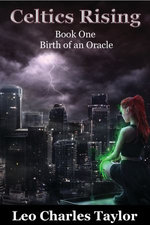 Celtics Rising: Birth of an Oracle