The year is 1793. Cash and Jack Tremain have arrived in Sydney Cove from Cornwall, summoned by their father to help him build an empire.

Daring and headstrong, a leader of men and lover of women, Cash is determined to make his fortune. But his efforts bring him into conflict with the colony's most powerful and corrupt men and soon he finds himself surrounded by enemies.

Deeply troubled and prone to sudden fits of violence, Jack moves out to Parramatta to farm his father's land. But Jack is a haunted man and his dreams are filled with a horror he can barely understand.

The Tremain brothers can claim this kingdom for their own, but only if they are willing to pay a terrible price.

A vast land lies open to those fearless enough and ruthless enough to claim it ...

Be the first to review Claim the Kingdom. 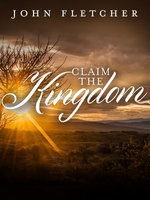