The history of Dartmoor extends to several centuries BC, with surviving prehistoric remains dating back to the late Neolithic and early Bronze Age, and the largest concentration of Bronze Age remains in Britain. It has been a hunting ground for the Kings of Wessex, a royal forest, and home to farmers in ancient and medieval times, and a source of tin, iron and granite. In the twenty first century it has a resident population of about 33,000, including those in the towns of Ashburton, Buckfastleigh, Moretonhampstead, Princetown and Yelverton. Some areas have provided a training ground for the army, and in 1951 it was officially designated a National Park. Its legends abound, with tales of headless horsemen, pixies, a large black dog, a mysterious pack of hounds, and a visit said to have been made by the devil to Widecombe in 1638 during a fierce thunderstorm. It has also provided a home and inspiration to writers including Sir Arthur Conan Doyle, Agatha Christie, and John Galsworthy. These photographs span the era from the late nineteenth century to the mid twentieth century, chosen to show the diversity of the landscape, the towns and villages, and the different uses made of Dartmoor as a source of local employment and industry, as well as a haven for wildlife and recreation, and above all the beauty and spirit of the area.

Be the first to review Dartmoor From Old Photographs. 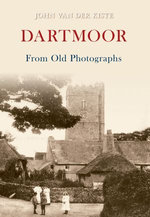