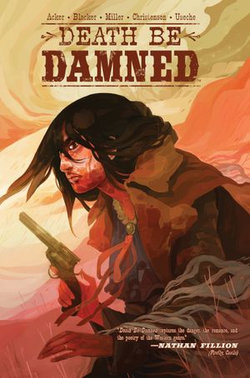 by Ben Blacker, Andrew Miller,  Ben Acker and others

Miranda Coler lived an unassuming frontier life before her husband and child were killed in front of her, she herself left for dead. Little did the killers know that Miranda is cursed, unable to die until she exacts vengeance against those who have wronged her... Written by Ben Acker and Ben Blacker, the creative masterminds behind the smash hit The Thrilling Adventure Hour, and Andrew Miller, creator of the CW's The Secret Circle, with gorgeous illustrations by Hannah Christenson (Jim Henson's The Storyteller: Dragons, Harrow County), Death Be Damned is an unflinching Western with a supernatural twist that explores the toll one takes while on a quest for revenge.

Andrew Miller's first novel, Ingenious Pain, was published by Sceptre in 1997 and greeted as the debut of an outstanding new writer. It won the James Tait Black Memorial Prize, the International IMPAC Dublin Literary Award and the Grinzane Cavour Prize for the best foreign novel published in Italy.

It has been followed by Casanova, Oxygen, which was shortlisted for the both the Booker Prize and the Whitbread Novel of the Year Award in 2001, The Optimists, One Morning Like A Bird, Pure, which won the Costa Book of the Year Award 2011, and The Crossing.

Andrew Miller's novels have been published in translation in twenty countries. Born in Bristol in 1960, he has lived in Spain, Japan, France and Ireland, and currently lives in Somerset.

Be the first to review Death Be Damned. 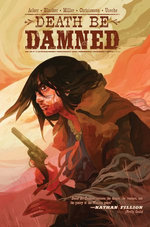 by Ben Blacker, Andrew Miller,  Ben Acker and others