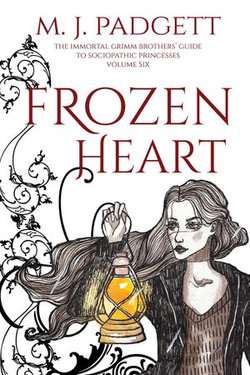 The Grimm brothers are at their wit's end. Not even they could have written a tale with such a dark turn, but there it was staring them in the face, tearing their beloved families apart.

When last we saw our heroes, they were separated by Queen Amanda's death wish—some stuck in permanent wolf form and spread across the world. They have reached a dead end, but they have one last person to turn to. It's dangerous and might cost them their lives, but there is no other option. The remaining members of the hidden Black Forest kingdoms seek out the descendant of the powerful Snow Queen—the Huntress—to find their missing family members.

Evil lurks around the corner more powerful than ever, seeking its time to strike. They must act fast or lose everything they've worked for.

Just when all hope seems list, the fabled Jack Frost, the descendant of the original Kai, locates the Huntress, the woman everyone put their faith and hope into—but was it all a mistake? The Huntress has her own past riddled with pain and suffering caused by the magical wolves of the Black Forest. Can she put aside her vendetta to save humanity, or will she exact her revenge upon them before they have the chance to rid the world of ultimate evil?

Be the first to review Frozen Heart.