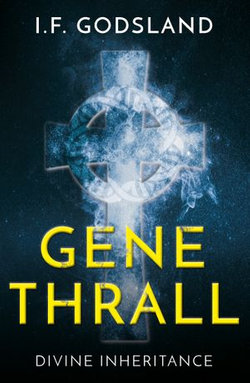 The year is 2054 and humanity's genetic health is in the hands of the giant de Margham Corporation. Established by Maelgwen de Margham and her late husband, Saul, the Corporation supplies a universal gene therapy that avoids violation of the Marshall Dictat: the absolute prohibition on making inheritable changes in a person's genetic structure.

The therapy on which the de Margham’s founded their Corporation was the culmination of a desperate race to save the life of their unborn child. But the de Margham’s heroic technical achievement was driven by a deeper purpose: realisation of the aims of a breeding experiment begun over 1500 years previously. The pinnacle of this experiment, a child of radically increased human potential, is now the focus for global forces directed towards much more than control of this new being – take-over of the de Margham Corporation, violent restructuring of urban America and overthrow of the Marshall Dictat itself all constellate around the family's efforts to achieve their genetic supremacy.

But the pinnacle of de Margham achievement is dying. With only two weeks to put together a cure, and unknowing as to her true identity, Calman Marker in Manhattan takes on the task of saving this new being. Simultaneously, a mysterious sponsor commissions South Wales genealogist, Gail Wayland to track the history of the de Margham family back into the Dark Ages. Pitched into a world of designer viruses, molecular incest, time-slips and overwhelming encounters with ancient powers, both struggle to sustain their integrity. Yet through their parallel investigations the story of the de Margham family and the conspiracies and ambitions that surround it move relentlessly towards a shattering climax.

Be the first to review GeneThrall.