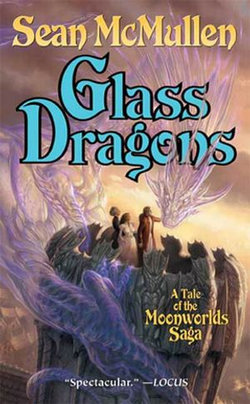 Sean McMullen, one of Australia's leading genre authors, delivers Glass Dragons, the scintillating sequel to Voyage of the Shadowmoon which Kirkus Reviews called "a brilliantly inventive, marvelously plotted sea-faring fantasy that both mocks and surpasses genre expectations. . . . Australian author McMullen writes like Roger Zelazny at the peak of his powers: his dashing, flamboyant, cleverly resourceful characters trade off insults and reveal surprising abilities as they swagger bravely from one hair-raising scene to another. Exciting, suspenseful, vividly believable, and great, clever fun: a major fantasy-award contender."

Glass Dragons continues the tale of Laron, the chivalrous 700-year-old vampire, the appallingly dangerous and beautiful Velander, and the long-suffering Terikel, as they investigate a secret project of arcane magic, a magic so dangerous it could destroy their world. A project which threatens to fall into the wrong hands.

Glass Dragons is a broad and complicated tale, filled with wonderful characters both new and old, woven through with low humor and great courage, built upon grand acts of heroism and love. Enjoy.

At the Publisher's request, this title is being sold without Digital Rights Management Software (DRM) applied.

Be the first to review Glass Dragons. 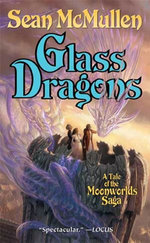