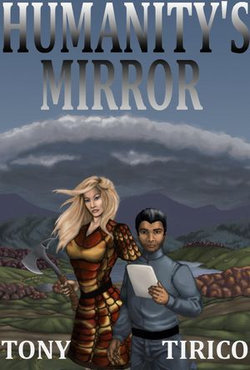 After a survey probe streaked past a G2 star system at 0.75 c, the system's 0.97 ESI Earth analog was named Nirvana. A subsequent exploration probe revealed extreme seasonal variation and periodic vulcanism since Nirvana's elliptical orbit barely remained within its star's habitable zone. The planet's biology evolved similar to Earth's, but without mammals. Terrestrial animals survived the summer droughts and winter blizzards by hibernating or migrating. Terrestrial plants survived by growing rapidly to store adequate nutrients during the spring and fall.

Two thousand years ago, the Human Union colonized this barely habitable world since their enemy, the Dragons, couldn't survive its extreme climate. The colonists were genetically modified using the Change Virus to accelerate their environmental adaptation. Physical, social and economic survival pushed their evolution to its extreme. The Human Union quarantined Nirvana one thousand years ago when the colonists diverged into a collection of specialized subspecies as alien as their world.

Humanity's Mirror is about a geneticist who questions restoring his world's aberrant populations to humanity after meeting a woman he believes is more than human.

Be the first to review Humanity's Mirror.