"I had a decision to make. I was being called aboard the craft. But I hesitated. I was not ready. It was not time."

Zayne Moxley is in a bit of a rut. On paper, he has it made; as a writer for one of America's leading men's magazines, he gets paid to travel the world and have sex with beautiful women. But like most people in our consumerist, focus-grouped world, he longs for something more. When Moxley journeys to Arizona to write a feature on the New Age movement, he inadvertently becomes the "King of the NEETs," a prophet to countless disaffected young people, setting the world on a path to chaos.

Into the Vortex is a darkly comic examination of consumerism, identity, and anomie. Brian Eckert's debut novel explores the emptiness of 21st century life, the yearning for something beyond Netflix and video games, and how advertisers and phony "spiritual gurus" prey on the listlessness of modern people.

Be the first to review Into the Vortex. 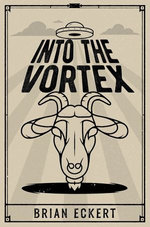 Fiction Classic fiction
Hold on while we process your request.