This isn't your average fairy tale, and Sir Buckhunter Dornley isn't your average knight. He'll tell you that himself. Winning tournaments, fighting cyclopes, and slaying dragons? All in a day's work for the mightiest knight in the empire, but that knight is about to meet his match in Mercy, the charming and outrageous princess of Merris. The bigger they are, the harder they fall, and Buck falls hard. What he doesn't know is Mercy lives under an ancient, terrible curse. When he finds out, Buck swears he'll do anything to break it.

Be the first to review Knight's Rebirth. 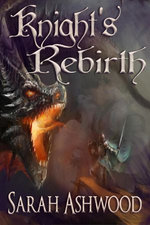