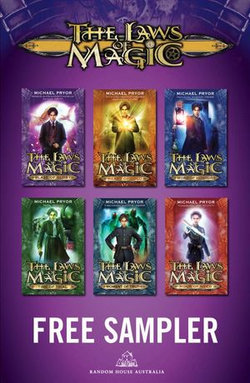 There's a magical and political storm brewing - and Aubrey Fitzwilliam is making sure he's right in the centre of it.

Set in a world similar to Edwardian Britain, just before World War I, this fantasy series is full of magic, manners, conspiracy and intrigue, politics and personal trial - not to mention good old-fashioned fun.

The Laws of Magic stars Aubrey Fitzwilliam, the son of a prominent ex-prime minister. He's brilliant at magic, but he's still stuck at school. At least he has his best friend, George, there to back him up. George would follow Aubrey anywhere - and with Aubrey's talent for thinking up impulsive and daring schemes that will get them both in trouble, that's no easy thing to do.

From golems to top-secret submersibles, soul stealers to ghosts, The Laws of Magic is a cracking good read.

Discover the magic in this free sampler that gives you chapters from each of the six books, so no matter where you're up to in the series, you can find out what's coming next for Aubrey and his friends.

Be the first to review Laws Of Magic Sampler 1 - 6. 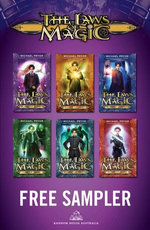