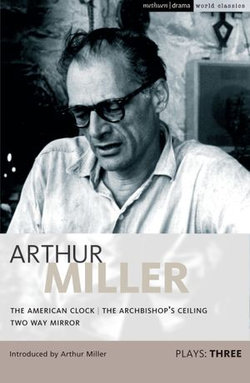 The third volume of Miller's plays reissued with a new jacket in the Methuen Drama World Classics series to coincide with the publication of the sixth and final volume of his plays.

Plays: 3 contains three of Miller's great stage plays from the late seventies and early eighties. The American Clock is a study of the effects of The Great Depression on American society and the values which helped it survive.

The Archbishop's Ceiling, set in a former Archbishop's palace in an Eastern European capital, examines the relationship between four writers, and the erosion of personal integrity in East and West. With the threat of the secret police having bugged the room, the play provides a thrilling study of the effects of surveillance and political pressure on an individual's actions. Produced by the RSC at the Barbican in 1986, it was described as a 'gripping, thrilling play . . . the best of the RSC's current excellent season' (Sunday Times).

A revised version of Two-way Mirror, a double bill for a man and a woman, consisting of two short plays - Elegy for a Lady and Some Kind of Love Story - completes the volume.

The volume is introduced by the author and features an afterword by Christopher Bigsby.

Be the first to review Miller Plays: 3. 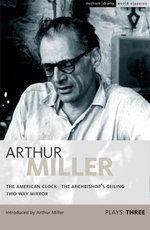