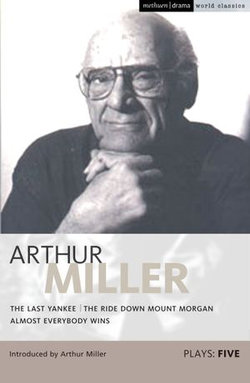 The fifth volume of Miller's plays reissued with a new jacket in the Methuen Drama World Classics series to coincide with the publication of the sixth and final volume of his plays.

This fifth volume of Arthur Miller's work contains two plays from the early nineties: his highly acclaimed The Last Yankee (1993), 'a fine and moving play...Like all Miller's best work, it effortlessly links private and public worlds by connecting personal desperation to insane American values' (Guardian); and The Ride Down Mount Morgan (1991), which explores themes of bigamy and betrayal, 'searching, scorching, harsh but compassionate' (Sunday Times). Also contained in the volume is Almost Everybody Wins, the original version of the screenplay Arthur Miller wrote for Karel Reisz's film, Everybody Wins.

'The greatest American dramatist of our age.' Evening Standard

Be the first to review Miller Plays: 5. 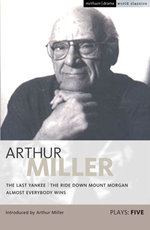