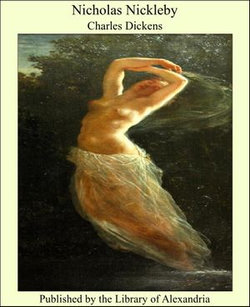 This story was begun, within a few months after the publication of the completed "Pickwick Papers." There were, then, a good many cheap Yorkshire schools in existence. There are very few now. Of the monstrous neglect of education in England, and the disregard of it by the State as a means of forming good or bad citizens, and miserable or happy men, private schools long afforded a notable example. Although any man who had proved his unfitness for any Other occupation in life, was free, without examination or qualification, to open a school anywhere; although preparation for the functions he undertook, was required in the surgeon who assisted to bring a boy into the world, or might one day assist, perhaps, to send him out of it; in the chemist, the attorney, the butcher, the baker, the candlestick maker; the whole round of crafts and trades, the schoolmaster excepted; and although schoolmasters, as a race, were the blockheads and impostors who might naturally be expected to spring from such a state of things, and to flourish in it; these Yorkshire schoolmasters were the lowest and most rotten round in the whole ladder. Traders in the avarice, indifference, or imbecility of parents, and the helplessness of children; ignorant, sordid, brutal men, to whom few considerate persons would have entrusted the board and lodging of a horse or a dog; they formed the worthy cornerstone of a structure, which, for absurdity and a magnificent high-minded LAISSEZ-ALLER neglect, has rarely been exceeded in the world. We hear sometimes of an action for damages against the unqualified medical practitioner, who has deformed a broken limb in pretending to heal it. But, what of the hundreds of thousands of minds that have been deformed for ever by the incapable pettifoggers who have pretended to form them! I make mention of the race, as of the Yorkshire schoolmasters, in the past tense. Though it has not yet finally disappeared, it is dwindling daily. A long day's work remains to be done about us in the way of education, Heaven knows; but great improvements and facilities towards the attainment of a good one, have been furnished, of late years 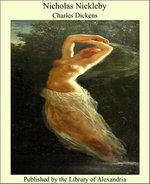