Our Prince of Scribes

by Janis Ian, Cliff Graubart,  John Lane and others

New York Times best-selling writer Pat Conroy (1945–2016) inspired a worldwide legion of devoted fans numbering in the millions, but none are more loyal to him and more committed to sustaining his literary legacy than the many writers he nurtured over the course of his fifty-year writing life. In sharing their stories of Conroy, his fellow writers honor his memory and advance our shared understanding of his lasting impact on twentieth- and twenty-first-century literary life in and well beyond the American South.

Each author in this collection shares a slightly different view of Conroy. Through their voices, a vibrant, multifaceted portrait of him comes to life and sheds new light on the writer and the man. Loosely following Conroy’s own chronology, the essays in Our Prince of Scribes wind through his river of a story, stopping at important ports of call. Cities he called home and longed to visit, along with each book he birthed, become characters that are as equally important as the people he touched and loved along the way.

Brown began her writing career in 1981 and since then has published over seventy novels, bringing the number of copies of her books in print worldwide to upwards of eighty million. Her work has been translated into thirty-three languages.

A lifelong Texan, Sandra Brown was born in Waco, grew up in Fort Worth and attended Texas Christian University, majoring in English. Before embarking on her writing career, she worked as a model at the Dallas Apparel Mart, and in television, including weathercasting for WFAA-TV in Dallas, and feature reporting on the nationally syndicated program PM Magazine.

She is much in demand as a speaker and guest television hostess. Her episode on truTV's Murder by the Book premiered the series in 2008 and in 2010 she was one of the launch authors for Investigation Discovery's new series, Hardcover Mysteries.

In 2009 Brown detoured from her thrillers to write Rainwater, a much acclaimed, powerfully moving story about honor and sacrifice during the Great Depression.

Brown recently was given an honorary Doctorate of Humane Letters from Texas Christian University. She was named Thriller Master for 2008, the top award given by the International Thriller Writer's Association. Other awards and commendations include the 2007 Texas Medal of Arts Award for Literature and the Romance Writers of America's Lifetime Achievement Award. 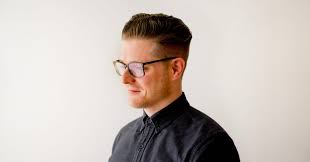 Ryder Carroll is a digital product designer and inventor of the Bullet Journal. He’s had the privilege of working with companies like Adidas, American Express, Cisco, IBM, Macy’s, and HP. He’s been featured by the New York Times, Los Angeles Times, Fast Company, Bloomberg, Lifehacker, and Mashable.

Cassandra King is an award winning and bestselling novelist whose fiction has won the hearts of readers everywhere, especially in the American south. Often told in first person, her novels portray strong and memorable characters who struggle with the same timely issues and dilemmas that readers face in their own lives. Before becoming an author, she has taught creative writing on the college level, conducted corporate writing seminars, and worked as a human interest reporter. The widow of acclaimed author Pat Conroy, Cassandra resides in Beaufort, South Carolina, where she is honorary chair of the Pat Conroy Literary Center.

Patti Callahan Henry is a New York Times bestselling author. Patti was a finalist in the Townsend Prize for Fiction, has been an Indie Next Pick, twice an OKRA pick, and a multiple nominee for the Southern Independent Booksellers Alliance (SIBA) Novel of the Year. Her work has also been included in short story collections, anthologies, magazines and blogs.

Patti attended Auburn University for her undergraduate work, and Georgia State University for her graduate degree. Once a Pediatric Clinical Nurse Specialist, she now writes full time. The mother of three children, she lives in both Mountain Brook, Alabama, and Bluffton, South Carolina, with her husband.

Be the first to review Our Prince of Scribes.

Our Prince of Scribes

by Janis Ian, Cliff Graubart,  John Lane and others