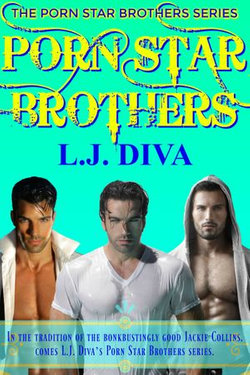 *This is a special deluxe edition boxed set of the first four stories, Carlos, Pedro, Tomas, and Retribution, all set out in one e-book.*

Pedro Stephanopoulos is the youngest brother. He loves music and being a DJ on Santorini. He lives the good life Djing four nights a week in a great job, gets a great girl, and then finds himself running from her over-protective father to New York, where he gets the DJ gig at the hottest new club in the city. And then it all comes crashing down with stalkers, creepy gifts, and a kidnapping

In Retribution, the stunning conclusion to Carlos, Pedro and Tomas, follow the clues to the one person responsible for the brothers’ tragic and dramatic exploits, from the murders to the stalkings to the kidnappings in Hollywood, New York, and Miami. Find out who is behind it all and why they want the brothers dead. And who finally does end it all.