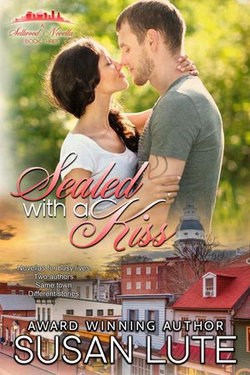 Sealed With A Kiss

When friends become lovers, is there a chance friendship can turn into something more?

Cyber security consultant, Sloane Cooper is dumped by her wanna-be politician boyfriend, his parting shot—not only are you the worst girlfriend I've ever had, but you're a lousy kisser, too! So she turns to game developer Miles Preston for "kissing lessons", but very quickly realizes, though there's a surprising attraction there, playing kissing games with her safe, easy-to-talk-to best friend isn't the solution to her problem.

Who is the real Sloane Cooper?

For two years Miles has been Sloane's best friend while he watched her play house with another guy. Secretly he's wanted more, but never once thought he'd catch her on the rebound. How does he convince the enchanting woman steamy kisses are not enough? Helping her open a cyber cafe is a start, but the real fun begins when he hires her to alpha test his new game. Traditional wooing won't work. Can a few well chosen gaming obstacles do the trick instead?

Be the first to review Sealed With A Kiss. 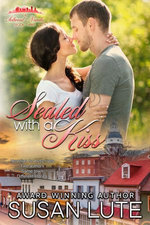 Sealed With A Kiss

Adult & contemporary romance Romance Contemporary fiction
Hold on while we process your request.