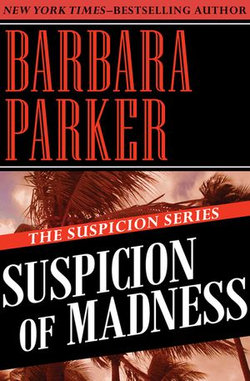 “Suspense builds” as a tropical storm and a crazed killer bear down on Connor and Quintana in the Florida Keys, in the New York Times–bestselling series (Library Journal).

Despite storm warnings, lawyers and lovers Gail Connor and Anthony Quintana travel to a resort on a secluded island in the Florida Keys when a wealthy former client asks for their help with his troubled stepson, Billy, who has confessed to murder.

Billy had a history with the victim—a resort employee with a promiscuous reputation and a penchant for causing trouble. But it soon becomes apparent that plenty of people may have wanted Sandra McCoy silenced for good . . . along with anyone who gets in the way.

An Edgar Award finalist for the first book in the bestselling series, Suspicion of Innocence, as well as a former prosecutor herself, Barbara Parker once again gives readers a “lively legal romp” (Booklist).

Suspicion of Madness is the 7th book in the Suspicion series, but you may enjoy reading the series in any order.

Be the first to review Suspicion of Madness.