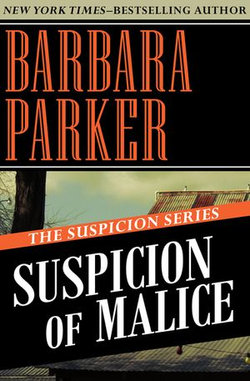 After splitting up with her fiancé, Anthony Quintana, Gail is just trying to get her life back in some sort of order. But when Anthony’s teenage daughter, Angela, comes to Gail in secret and begs her to defend her boyfriend, Bobby, a dancer with the Miami City Ballet who’s been charged with murdering a wealthy playboy, she can’t say no.

Gail hopes to have easy access to someone who can provide Bobby with an alibi. But the witness, who happens to be a criminal judge, has lawyered up with none other than Anthony Quintana. Now on opposite sides, Gail and Anthony are each prepared to do whatever it takes to protect their clients. But as they struggle to keep their unavoidably intertwined professional lives as separate as possible from their personal lives, a remorseless killer has a different final verdict in mind.

An Edgar Award finalist for the first book in the series, Suspicion of Innocence, as well as a former prosecutor, “Parker captures the roiling politics of Miami, as well as its color, all the while delivering a tight suspense story” (Chicago Tribune).

Suspicion of Malice is the 5th book in the Suspicion series, but you may enjoy reading the series in any order.

Be the first to review Suspicion of Malice.