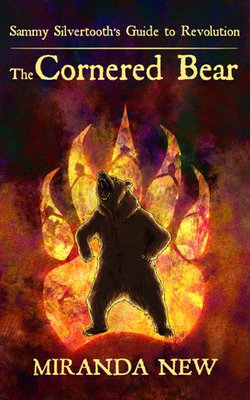 Is the revolution desperate enough to play with fire?

The Revolutionary Council convenes to discuss the increasingly dire conditions within the Dome and to determine Sapphire's fate. Two paths are solidified for the defective fox witch: death, or becoming the revolution's secret weapon. As matters escalate, Jorgen finds himself torn between his moral compass and Simon's cold, hard logic, leading him to make a decision that will put not only himself, but the entire revolution at risk.

Meanwhile, Amia's eyes are opened to the hard reality of the revolution as she joins Captain Song Hong's team in the fight to protect the clans from tax day. When a suspicious ally appears with reports of a missing clan, Amia, Ollie, and Molly find themselves pitted against a new government-made monster straight out of a nightmare.

Will Sapphire survive the revolution? Can Simon and Jorgen overcome this newest obstacle with their conscience intact? Will Amia be killed in the night by the mysterious water shadows?

Find out in the action-packed third book in the Sammy Silvertooth's Guide to Revolution series.

Be the first to review The Cornered Bear.