‘The three things a trucker wants from hitchers like you,’ he says, ‘are cash, grass, or ass.’

Sam and Kirsten have been dating for eighteen months but things aren’t going so well. In a last-ditch effort to get back on track, Sam has persuaded Kirsten to take a road trip with him, where he hopes to rekindle their earlier romance.

During their trip, their car breaks down. Stranded and out of options, the two accept a ride from a passer trucker, who explains to them the rules of the road and how he expects to be paid back for giving them a ride…

Be the first to review The Cuckold's Tale: Cash. 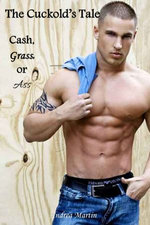