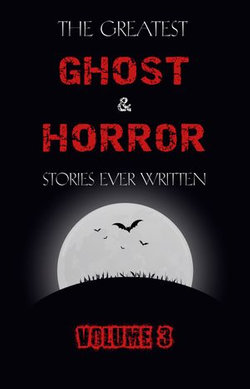 by Violet Hunt, Edith Nesbit,  W. F. Harvey and others

Although he wrote two novels and several political sketches most notably The Westminster Alice, a parody authorized by Carroll's publishers it is his large output of satirical short stories for which he is remembered, and is still considered one of the masters of the genre.

Samuel Langhorne Clemens, better known by his pen name, Mark Twain, was born on November 30, 1835, in the tiny village of Florida, Missouri.

Writing grand tales about Tom Sawyer, Huckleberry Finn and the mighty Mississippi River, Mark Twain explored the American soul with wit, buoyancy, and a sharp eye for truth. He became nothing less than a national treasure.

Montague Rhodes James was born on 1 August 1862 near Bury St Edmunds, though he spent long periods of his later life in Suffolk, which provided the setting for many of his ghost stories. He studied at Eton and Kings College, Cambridge, where he was eventually elected Fellow, and then made Provost in 1905. In 1918 he became Provost of Eton.

He was a renowed medievalist and biblical scholar, and published works on palaeography, antiquarianism, bibliography and history, guides to Suffolk and Norfolk, as well as editing a collection of ghost stories by Sheridan Le Fanu.

However, he remains best known for his own ghost stories, which were published in several collections including Ghost Stories of an Antiquary (1904), A Thin Ghost and Other Stories (1919), A Warning to the Curious (1925) and a collected edition in 1931. M. R. James never married and died on 12 June 1936.

A veteran of the American Civil War who fought at Shiloh and Chickamauga in the Union ranks, Bierce became one of America's best-known writers and journalists, admired for his insolent, entertaining and sometimes courageous columns.

In 1913 he set off for Mexico, then in the throes of revolution, and was never seen again. Ralph Steadman is the author of many illustrated books including Sigmund Freud, I Leonardo, The Big I Am, The Scar-Strangled Banner, Alice and Animal Farm. His most recent publication is the novel, Doodaaa.

Be the first to review The Greatest Ghost and Horror Stories Ever Written: volume 3 (30 short stories). 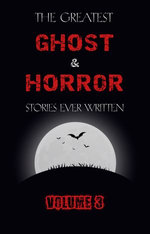 by Violet Hunt, Edith Nesbit,  W. F. Harvey and others