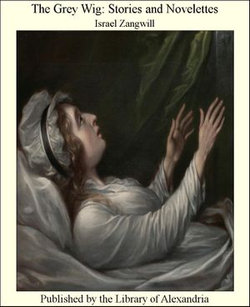 The Grey Wig: Stories and Novelettes

They both styled themselves "Madame," but only the younger of the old ladies had been married. Madame Valière was still a demoiselle, but as she drew towards sixty it had seemed more convenable to possess a mature label. Certainly Madame Dépine had no visible matrimonial advantages over her fellow-lodger at the Hôtel des Tourterelles, though in the symmetrical cemetery of Montparnasse (Section 22) wreaths of glass beads testified to a copious domesticity in the far past, and a newspaper picture of a chasseur d'Afrique pinned over her bed recalled—though only the uniform was the dead soldier's—the son she had contributed to France's colonial empire. Practically it was two old maids—or two lone widows—whose boots turned pointed toes towards each Other in the dark cranny of the rambling, fusty corridor of the sky-floor. Madame Dépine was round, and grew dumpier with age; "Madame" Valière was long, and grew slimmer. Otherwise their lives ran parallel. For the true madame of the establishment you had to turn to Madame la Propriétaire, with her buxom bookkeeper of a daughter and her tame baggage-bearing husband. This full-blooded, jovial creature, with her swart moustache, represented the only Parisian success of three provincial lives, and, in her good-nature, had permitted her decayed townswomen—at as low a rent as was compatible with prudence—to shelter themselves under her roof and as near it as possible. Her house being a profitable warren of American art-students, tempered by native journalists and decadent poets, she could, moreover, afford to let the old ladies off coffee and candles. They were at liberty to prepare their own déjeuner in winter or to buy it outside in summer; they could burn their own candles or sit in the dark, as the heart in them pleased; and thus they were as cheaply niched as any one in the gay city. Rentières after their meticulous fashion, they drew a ridiculous but regular amount from the mysterious coffers of the Crédit Lyonnais. But though they met continuously in the musty corridor, and even dined—when they did dine—at the same crémerie, they never spoke to each Other. Madame la Propriétaire was the channel through which they sucked each Other's history, for though they had both known her in their girlish days at Tonnerre, in the department of Yonne, they had not known each Other. Madame Valière (Madame Dépine learnt, and it seemed to explain the frigidity of her neighbour's manner) still trailed clouds of glory from the service of a Princess a quarter of a century before. Her refusal to wink at the Princess's goings-on, her austere, if provincial, regard for the convenances, had cost her the place, and from these purpureal heights she had fallen lower and lower, till she struck the attic of the Hôtel des Tourterelles. But even a haloed past does not give one a licence to annoy one's neighbours. Madame Dépine felt resentfully, and she hated Madame Valière as a haughty minion of royalty, who kept a cough, which barked loudest in the silence of the night. "Why doesn't she go to the hospital, your Princess?" she complained to Madame la Propriétaire. "Since she is able to nurse herself at home," the opulent-bosomed hostess replied with a shrug

Be the first to review The Grey Wig: Stories and Novelettes. 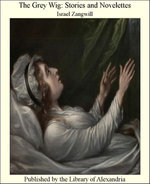 The Grey Wig: Stories and Novelettes