The Perils of Pedagogy

Whether addressing HIV/AIDS, the policing of bathroom sex, censorship, or anti-globalization movements, John Greyson has imbued his work with cutting humour, eroticism, and postmodern aesthetics. Mashing up high art, opera, community activism, and pop culture, Greyson challenges his audience to consider new ways that images can intervene in both political and public spheres. Emerging on the Toronto scene in the late 1970s, Greyson has produced an eclectic, provocative, and award-winning body of work in film and video. The essays in The Perils of Pedagogy range from personal meditations to provocative textual readings to studies of the historical contexts in which the artist's works intervened politically as well as artistically. Notable writers from a range of disciplines as well as prominent experimental and activist filmmakers tackle questions of documentary ethics, moving image activism, and queer coalitional politics raised by Greyson's work. Close to one hundred frame captures and stills from almost sixty works, along with articles, speeches, and short scripts by Greyson - several never before published - supplement the collection. Celebrating thirty years of passionate, brilliant, and affecting moviemaking, The Perils of Pedagogy will fascinate both specialists and general readers interested in media activism and advocacy, censorship, and freedom of expression.

Be the first to review The Perils of Pedagogy. 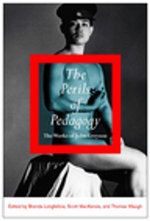 The Perils of Pedagogy