of a vicious double murder committed over thirty years ago?

It is 1983 and the grand old Victorian mansion ‘Rosalind’, nestled in the inner city village of Glebe, Sydney has been refurbished and converted by the new owner into four apartments, and a coach house in which she lives. Between her obligations as landlady to her odd assortment of tenants, and employment as fashion illustrator for the exclusive magazine Marie Claire, she yearns for a busy but peaceful existence, intent on burying memories from her devastating past.

However, her peace of mind slowly erodes as she begins to believe she is being watched by the mysterious Ahsan in Number Three, a reclusive man who happens to share his surname with the teenage sisters, Zahra and Amirah Billah, victims of a sinister and brutal double murder.

Her unwelcome enquiries yield far more questions than answers: What is Mr Ahsan hiding in Number Three? Who was the young man sighted with the beautiful Zahra underneath the Tanglewood Trees? What hold does the vile Monique have over her dear friend Annie and why does this objectionable woman’s name keep cropping up in her investigation? And do the residents of Cambridge Terrace even realise they are being watched? Her incessant probing begins to unsettle and disturb everyone around her; a fascination with the unsolved crime which becomes obsession - consuming her life, shaking relationships with her newfound friends and leaving a trail of devastation.

This is a spellbinding tale, as much a mystery novel with an immigrant’s tragedy woven into its centre, as a portrait of women who carry dark secrets but also persevere through the strength of friendship.

The Red Door will take hold of your imagination and never let go.

Be the first to review The Red Door. 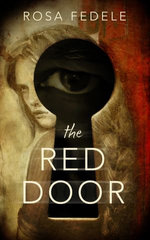 Thriller / suspense Romance
Hold on while we process your request.