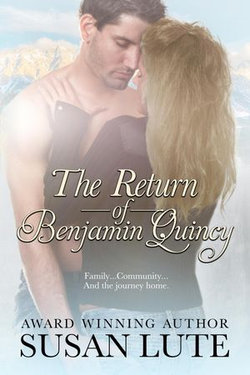 The Return Of Benjamin Quincy

town where he spent his childhood – the same town he later left in bitter disappointment. Young and hot headed, he made a mistake. Eleven years later, he's a divorced, single dad with a troubled kid, and a lot to make up for.

Sydney Marshall has finally wrangled the perfect job at the most coveted travel magazine in New York. Does she care that her ex-boyfriend has returned to the tiny town of Rosewood with a precious daughter who's not hers? Does it matter that every time he comes near, her heart flutters madly like in the old days? No! Her bags are packed; plane tickets are stashed in her backpack; the adventure of a lifetime is about to begin.

There's only one problem. Life and Rosewood insist on interfering with the best laid plans.

Be the first to review The Return Of Benjamin Quincy. 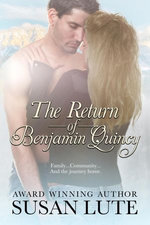 The Return Of Benjamin Quincy

Contemporary fiction Adult & contemporary romance Romance
Hold on while we process your request.