Flynn Logan is a dedicated soldier. The army is his life. Until he returns home and discovers an astounding truth that will turn his regimented world upside down.

Lori Ballantine has only ever loved one guy and he chose the army over her. Now Flynn is back and Lori is wary of letting him into her life, a life she shares with their son. The son she has kept secret from Flynn for the last five years.

As Flynn and Lori come to terms with co-parenting while traversing the minefield of a new relationship, Flynn needs to make some tough decisions: about his past, his future and his role in Lori and Adam’s lives.

Being a father may just prove to be the toughest assignment he’s ever had.

Be the first to review The Second Chance Guy. 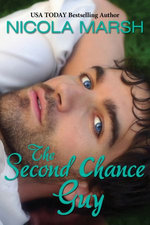 Contemporary fiction Adult & contemporary romance
Hold on while we process your request.