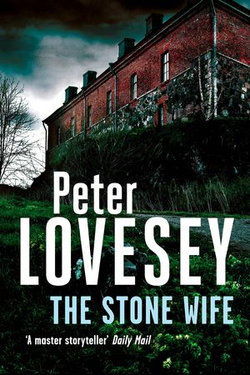 The fourteenth Peter Diamond case has the eminent detective in pursuit of a murderer after a theft at an auction house goes wrong.

Just as the bidding gets exciting in a Bath auction house, three armed men stage a hold-up and attempt to steal Lot 129, a medieval carving of the Wife of Bath. The highest bidder, appalled to have the prize snatched away, tries to stop them and is shot dead.

Peter Diamond, head of the murder squad, soon finds himself sharing an office with the stone wife - until he is ejected. To his extreme annoyance the lump of stone appears to exert a malign influence over him and his investigation. Refusing to be beaten, he rallies his team and begins finding suspects and motives.

The case demands that someone goes undercover. The dangerous mission falls to Sergeant Ingeborg Smith, reverting to her journalist persona to get the confidence of a wealthy local criminal through his pop star girlfriend. And soon, murder makes a reappearance . . .

Be the first to review The Stone Wife. 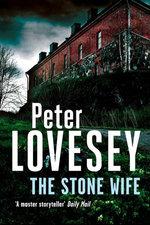