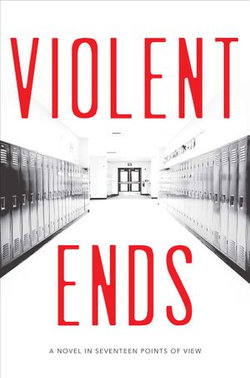 by Mindi Scott, Beth Revis,  Hannah Moskowitz and others

In a one-of-a-kind collaboration, seventeen of the most recognizable YA writers—including Shaun David Hutchinson, Neal and Brendan Shusterman, and Beth Revis—come together to share the viewpoints of a group of students affected by a school shooting.

It took only twenty-two minutes for Kirby Matheson to exit his car, march onto the school grounds, enter the gymnasium, and open fire, killing six and injuring five others.

But this isn’t a story about the shooting itself. This isn’t about recounting that one unforgettable day.

This is about one boy—who had friends, enjoyed reading, playing saxophone in the band, and had never been in trouble before—became a monster capable of entering his school with a loaded gun and firing bullets at his classmates.

Each chapter is told from a different victim’s viewpoint, giving insight into who Kirby was and who he’d become. Some are sweet, some are dark; some are seemingly unrelated, about fights or first kisses or late-night parties. This is a book told from multiple perspectives—with one character and one event drawing them all together—by some of YA’s most recognizable names.

Beth Revis is the author of the New York Times best selling Across the Universe series; the companion novel, The Body Electric; a twisty contemporary novel, A World Without You; and numerous short stories.

A native of North Carolina, Beth is currently working on a new novel for teens. She lives in rural NC with her boys: one husband, one son, and two dogs roughly the size of Ewoks

Hannah Moskowitz wrote her first story, about a kitten named Lilly on the run from cat hunters, for a contest when she was seven years old. It was disqualified for violence. Her first book, Break, was on the ALA's 2010 list of Popular Paperbacks for Young Adults, and in 2013, Gone, Gone, Gone received a Stonewall Honor. 2015's Not Otherwise Specified was named the YA Bisexual Book of the Year. She lives in Maryland with several cats, none of whom are violent.

Kendare Blake is originally from South Korea, but was brought up in the US. She has a BA in Business from Ithaca College in New York and an MA in Writing from Middlesex University in London.

She is the author of Anna Dressed in Blood, Girl of Nightmares and Antigoddess, all published by Orchard Books. Two Dark Reigns is the third book in her Three Dark Crowns series. She lives with her husband in Kent, Washington.

Cynthia Leitich Smith is the acclaimed and best-selling author of three books in the Feral series, as well as the Tantalize quartet and two graphic novels based on the Tantalize series, both illustrated by Ming Doyle.

She lives in Austin, Texas, with her husband, author Greg Leitich Smith.

Delilah S. Dawson is the writer of the Blud series, the Shadow series (as Lila Bowen), Servants of the Storm, Hit, Strike, and a variety of short stories and comics. Dawson teaches writing courses online for LitReactor and lives in Florida with her family.

Courtney Summers lives and writes in Canada. She is the author of What Goes Around, This is Not a Test, Fall for Anything, Some Girls Are, Cracked Up to Be, Please Remain Calm, and All the Rage.

Be the first to review Violent Ends. 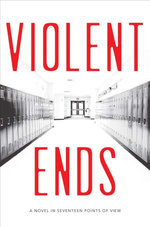 by Mindi Scott, Beth Revis,  Hannah Moskowitz and others