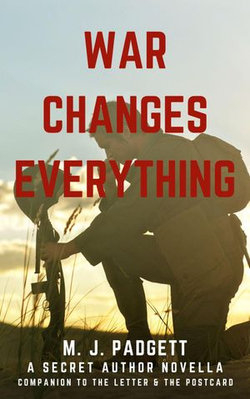 People fell in love with Walter and Tiddles in The Postcard, but what happened to him after the story ended? How did he become a homeless man?

Walter Halsey had a plan for his life, but it sure didn't involve getting blown to smithereens in the middle of the desert. After an unexpected attack leaves him without his best friend, Walter begins a spiral into the darkness he won't soon escape. Guilt, pain, and a load of other emotions push the man into desperation, and soon he loses himself in the bottom of a bottle.

When one wrong choice after another causes Walter to lose everything that matters, he must decide what the rest of his life will look like before it's too late. A journey down the east coast lands him in upstate South Carolina, where he finally lets it all go.

What happens next is both heartbreaking and inspiring.

This novella can be read as a stand-alone but is much more enjoyable when read after reading The Postcard and The Letter.

Be the first to review War Changes Everything.