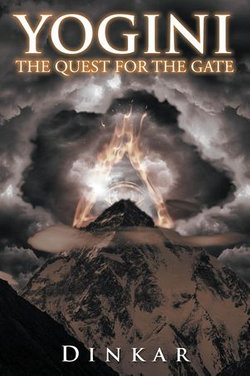 In the Himalayas the Savage Mount K2 stands as the second highest peak on the planet. Shrouded in mysticism, it protects the greatest secret the world has ever possessed - an enigmatic Vital Knowledge of Yog that can bestow unparalleled cosmic powers called Siddhi. The Mighty Asura of the planet Nicaea, cosmic subjugators and destroyers of worlds, have searched for this Vital Knowledge since time immemorial.

A megalomaniacal super yogi Bubba, has partly accessed the Vital Knowledge using guile and deception. Consumed by siddhi, this super yogi commands a sinister army unlike any other under a single edict promulgated by him. He has made an alliance with the Asura and set in motion an ancient Warning.

Forced to confront this edict is a young American yogini, Gerua. Victim to tragic events in the Himalayas, this reluctant warrior is chosen by providence to partake in an ancient Prophecy that follows the Warning.

Giving birth to a paragon, she must find an ancient, shape-shifting Gate that jumps space and time. This Gate leads to the cosmic realm of the lord of yog where her son Danta can fulfill the Prophecy, and bring balance in the cosmos.

Vital Knowledge is secretly bestowed on Gerua, endowing her with siddhi. But she is forbidden from using the power.

Mythical beings of the mountain, ascetic warriors and immortals join Gerua and the five-year-old Danta to challenge the corrupt super yogis demonic ire and his reckless use of siddhi. Deciphering clues and battling the malevolent legions of Bubba that relentlessly pursue them, Gerua and Danta must race against time if they are to find the Gate.

Be the first to review Yogini.