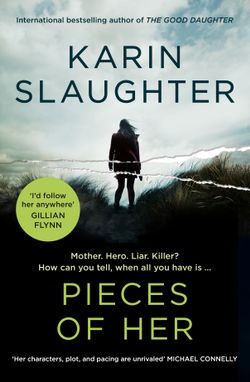 The electrifying new thriller from international bestseller Karin Slaughter explores the deadly secrets kept between a mother and daughter.

What if the person youthought you knew best turns out to be someone you never knew at all?

AndreaCooper knows everything about her mother Laura. She's knows she's spent herwhole life in the small beachside town of Gullaway Island; she knows she'snever had any more ambition than to live a quiet life as a pillar of thecommunity; she knows she's never kept a secret in her life. Because we all knowour mothers, don't we?

But all thatchanges when a trip to the mall explodes into violence and Andrea suddenly seesa completely different side to Laura. A side which is a million miles from thequiet, gentle woman who brought her up. And more than that, news coverage ofthe mall attack puts Laura's face on every TV screen in the country - and leavesher terrified. Because it turns out that before Laura was Laura she was someonecompletely different.

For nearly 30 years she's been hiding from her previousidentity, lying low in the hope that no one will ever find her and re-open thewounds left by the terrible events which made it impossible for her ever to goback. But now she's been exposed, and nothing will ever be the same again.

Twenty-fourhours later Laura is in hospital, shot by an intruder who's spent thirty yearstrying to track her down and discover what she knows. Andrea is on a desperatejourney following the breadcrumbs of her mother's past. And if she can'tuncover the secrets hidden there, there may be no future for either of them...

Karin Slaughter is one of the world's most popular and acclaimed storytellers.

Published in 36 languages, with more than 35 million copies sold across the globe, her sixteen novels include the Grant County and Will Trent books, as well as the Edgar-nominated Cop Town and the instant New York Times bestselling novel Pretty Girls.

A native of Georgia, Karin currently lives in Atlanta. Her Will Trent series, Grant County series, and standalone novel Cop Town are all in development for film and television. 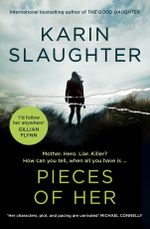