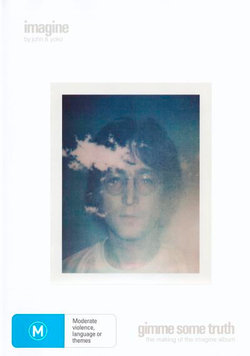 Be the first to write a review
Tweet
39%
OFF RRP  $28.25 $17.25
IMAGINE is a cinematic collage of colour, sound, dream and reality. Produced and directed by John & Yoko, who, with numerous guest stars including George Harrison, Fred Astaire, Andy Warhol, Dick Cavett, Jack Palance and Jonas Mekas, create a world of imagination as rich and moving as the music that accompanies it. Filmed during the summer of 1971 at John & Yoko's home in Ascot, in London and in New York.

GIMME SOME TRUTH is the ground-breaking and Grammy Award winning film that chronicles the creative process of the making of the Imagine album--a stunning fly-on-the-wall document of how one of the most iconic and important albums of the rock era came into being. Songs from the album are featured as they progress from inception to final recording, in an extraordinary visual documentation of two great artistic talents using the recording and filming processes to bring their visions to reality.

For this release, both films have been frame-matched to the original negative, every frame has been hand-cleaned and restored and the soundtracks have been remixed (Imagine) and remastered (Gimme Some Truth) in glorious 5.1 surround sound by engineer Paul Hicks, all under the personal supervision of producer Yoko Ono Lennon. The exclusive, never-before-seen (or heard) extras include studio out-takes of three songs from the album, plus an inside view of John and Yoko's photoshoot with David Bailey.

Be the first to review John Lennon & Yoko Ono: Imagine / Gimme Some Truth. 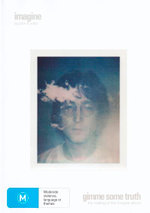