Be the first to write a review
Tweet
$29.95
COMMANDO: Arnold Schwarzenegger stars as retired Colonel John Matrix The ex-head of a special commando strike team, he's forced back into action when his daughter (Alyssa Milano) is kidnapped. With the help of a feisty stewardess (Rae Dawn Chong), Matrix has only a few hours to overcome his greatest challenge: finding his daughter before she gets killed.

PREDATOR: Recruited by the CIA to rescue hostages held by guerrilla fighters in a Central American country, Schwarzenegger and his men encounter an enemy unimaginably more deadly than any on Earth - because the Predator is not of this Earth. Packed with spectacular special effects and combat scenes of gut-wrenching power, Predator is the most terrifying Schwarzenegger movie yet.

TERMINATOR: In 2029, giant super-computers dominate the planet, hell-bent on exterminating the human race! And to destroy man's future by changing the past, they send an indestructible cyborg - a Terminator - back in time to kill Sarah Connor (Linda Hamilton), the woman whose unborn son will become mankind's only hope. But can Sarah protect herself from this unstoppable menace to save the life of her unborn child? Or will the human race be extinguished forever?

TRUE LIES: Arnold Schwarzenegger is special agent Harry Tasker-although to his wife Helen (Jamie Lee Curtis), he's just a boring computer salesman. When Harry's two lives unexpectedly collide, both he and Helen find themselves in the clutches of international terrorists, forcing the couple to fight to not only save their marriage, but their lives as well. Directed by James Cameron and crammed with incredible special effects, TRUE LIES is an exhilarating mix of non-stop action and romantic comedy.

STAY HUNGRY: When entrepreneur Craig Blake (Jeff Bridges) buys a small gym, lie fully expects to demolish the place to make room for a high rise. Instead, he finds himself drawn into a world he never knew existed. From a perky gymnast (Sally Field) who wears her heart on her leotard to a philosophising Mr Universe hopeful, the freewheeling spirit of the gym touches Craig in a way he never expected - and plunges him into a hilarious off-the-wall plot to stop his high rise...from ever rising!

CONAN THE BARBARIAN: Orphaned by a cold-blooded cult leader (James Earl Jones) and his band of brutal marauders, Conan endures a childhood of merciless slavery only to become a gladiator for the amusement of his captors. Sent to the Far East to hone his fighting skills, Conan is freed and begins a dangerous, full-blooded quest to avenge his parents' massacre. Now, the sword-wielding warrior must vanquish his bloodthirsty enemies in a death-defying action-adventure about courage, strength, character and the triumph of good over evil.

CONAN THE DESTROYER: When the powerful Queen Taramis promises to bring Conan's beloved back from the dead, the sword-wielding hero must first bring before her highness a legendary, jewel-encrusted horn and a beautiful young princess. But what Conan doesn't know is that the Queen plans to use the horn to awaken the dreaming god Dagoth and sacrifice the princess to him! Faced with enemies both mortal and supernatural, Conan must summon the strength to baffle Taramis... and perhaps even the demon god Dagoth himself! 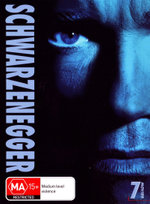