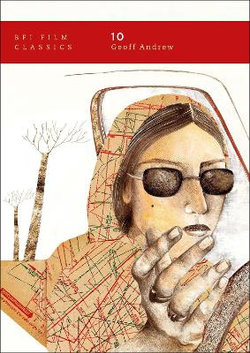 The Iranian director Abbas Kiarostami burst onto the international film scene in the early 1990s and was widely regarded as one of the most distinctive and talented modern-day directors. His major features - including Through the Olive Trees (1994), Taste of Cherry (1997) and The Wind Will Carry Us (1999) - are relatively modest in scale, contemplative and humanist in tone. In 2002, with 10, Kiarostami broke new ground, fixing one or two digital cameras on a car's dashboard to film ten conversations between the driver (Mania Akbari) and her various passengers. The results are astonishing- though formally rigorous, even austere, and documentary-like in its style, 10 succeeds both as emotionally affecting human drama and as a critical analysis of everyday life in modern Tehran.
In his study of the film, Geoff Andrew considers 10 within the context of Kiarostami's career, of Iranian cinema's renaissance, and of international film culture. Drawing on a number of detailed interviews he conducted with both Kiarostami and his lead actress, Andrew sheds light on the unusual methods used in making the film, on its political relevance, and on its remarkably subtle aesthetic. He also argues that 10 was an important turning-point in the career of a film-maker who was not only one of contemporary cinema's most accomplished practitioners but also one of its most radical experimentalists.