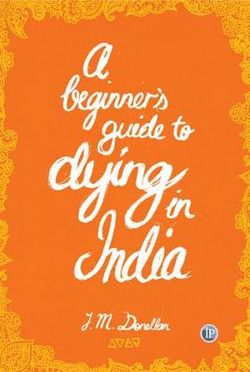 A Beginner Guide to Dying in India

Fiction. Winner of the 2009 Interactive Publications Picks Best Fiction Award. Part comedy, part tragedy, part henna-drawn thriller peppered with romance and intrigue, A BEGINNER'S GUIDE TO DYING IN INDIA is a spiritual journey across the continents of the soul. Commencing in Australia and traversing toward the climactic scene in the snowy mountains of Northern India, this novel crosses exotic external and internal terrains with humor, sharp wit and a resonance that expands with each chapter. While confronted with mounting grief and loss in Australia, Levi is suddenly called to India by his brother and delves, though somewhat reluctantly, into the shifting sands of his own spirituality. In fulfilling his dying brother's wishes, Levi embarks on a path intersecting with adventure, new found friends, a treasure trove of riches (and not just the material kind).

Be the first to review A Beginner Guide to Dying in India.

A Beginner Guide to Dying in India