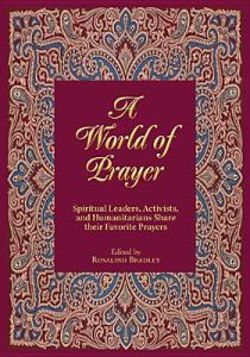 A World of Prayer

Over a hundred prominent men and women from every religious tradition and region of the world share a favorite prayer and offer their own reflections on its meaning. The contributors include Nobel laureates, international spiritual leaders and writers, scholars and political figures, journalists, artists, and musicians. The prayers include classic and familiar texts from every religious tradition. But some of the selections are surprisingly personal, offering a glimpse into the heart of many great souls of our time. Contributors include Nobel Peace Prize winners Lech Walesa of Poland, Mairead Corrigan of Ireland, Nelson Mandela and Desmond Tutu of South Africa, as well as the Dalai Lama, Archbishop of Canterbury Rowan Williams, Rabbi Jacqueline Tabick, theologian Hans K ng, and well-loved spiritual writers Richard Rohr and Joan Chittister. Artists and musicians such as Peter Seeger and Yusuf Islam are also included, along with many more who share prayers and reflections sure to resonate with readers of all faiths.

Be the first to review A World of Prayer.

A World of Prayer