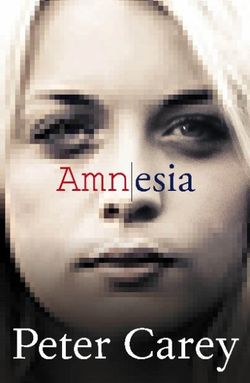 Amnesia, Peter Carey's first Australian novel since True History of the Kelly Gang, moves between the critical dates of 2010, 1942 and 1975 to ask the most vital question of the past seventy years: Has America taken us over? How did a young woman from suburban Melbourne become America's Public Enemy number one? When Gaby Baillieux releases the Angel Worm into the computers of Australia's prison system, hundreds of asylum seekers walk free. Worse: an American corporation runs prison security, so the malware infects some 5000 American places of incarceration. Doors spring open. Both countries' secrets threaten to pour out. Was this American intrusion a mistake, or had Gaby declared cyberwar on the US? Felix Moore - known to himself as 'Australia's last serving left-wing journalist' - has no doubt. Her act was part of the covert conflict between Australia and America. That conflict dates back to the largely forgotten Battle of Brisbane in 1942, forwards to the secret CIA station near Alice Springs, and has as its most outrageous act the coup of 1975.
Funded by his property-developer mate Woody Townes, Felix is going to write Gaby's biography, to save her, and himself, and maybe his country. But how to get Gaby to co-operate? What role does her film-star mother have to play? And what, after all, does Woody really want? Amnesia is Carey at his best: dark, funny, exhilarating. It is a novel that speaks powerfully about our history but most urgently about our present. 'Amnesia is a raucous meditation on dissent ...An ambitious novel that possesses some of the energy and thrilling abandon of Carey's early works, including his short stories. It stands firm in ways reminiscent of Illywhacker ...Carey is a writer who seems to want to celebrate, as much as to castigate, human flaws. He is sardonic and withering, but somehow optimistic. In Amnesia, the world is insidious and magnificent ...Amnesia is both familiar and a distinctly new moment in his career.' Patrick Allington, Australian Book Review 'The story of WikiLeaks as if transmogrified by Dickens and turned into a thrilling fable for our post-Edward Snowden era.' Luke Harding, The Guardian 'The novel is a wild ride ...Carey is Australia's lyrebird master of dialogue, perfectly tuned to every nuance, or upward intonation, of successive generations of Australian speech .
..Effortlessly lyrical.' Morag Fraser, The Age