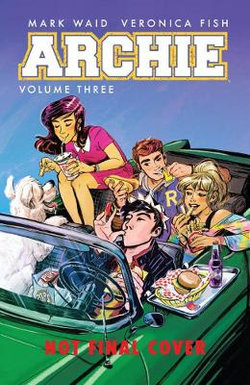 The all-new ARCHIE adventure continues! Superstar writer Mark Waid teams up with the best and brightest artists in comics to bring a modern take to the legendary Riverdale cast of characters. The book will captures the bite and hilarious edge of Archie's original tales in a modern, forward-looking manner, while still retaining the character's all-ages appeal. If classic Archie is a Saturday morning cartoon, this new series is prime time!

Mark Waid, Alabama native and current Los Angeles resident, has written stories for every major comic book publisher, and his seminal graphic novel, Kingdom Come, for DC Comics, is one of the best-selling graphic novels of all time..

He is best known for his work on various DC Comics titles, most notably the Superman-related titles and The Power of Shazam! with Captain Marvel and the Marvel Family. Krause, a graduate of the University of Minnesota, currently works as a freelance illustrator in Minnesota.

Be the first to review Archie Vol. 3.

by Mark Waid and Veronica Fish