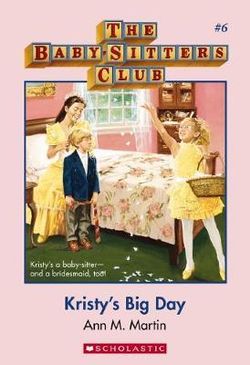 When her mother gets married, Kristy and the other members of the Baby-sitters Club have their hands full taking care of fourteen children at the wedding.