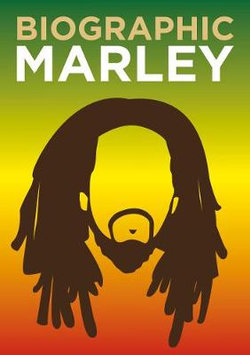 The Biographic series presents an entirely new way of looking at the lives of the world's greatest thinkers and creatives.

It takes the 50 defining facts, dates, thoughts, habits and achievements of each subject, and uses infographics to convey all of them in vivid snapshots.

Each Biographic title is designed to be as entertaining as it is informative. Timelines not only pinpoint significant dates, but set them in the context and culture of their times. Dynamic maps locate biographical events alongside other points of interest. Character traits are illuminated by visual comparisons.

Most people know that Bob Marley (1945–1981) was a singer-songwriter who popularised reggae music and whose Jamaican culture and Rastafarian beliefs have attained worldwide influence. What, perhaps, they don't know is that his music inspired 7,000 prisoners of war to escape; that after running out of money he was forced to spend two years living in London; that he has sold more than 75 million records around the world; and that he was shot twice while trying to bring peace between two political groups.

Biographic: Marley presents an instant impression of his life, work and legacy, with an array of irresistible facts and figures converted into infographics to reveal the musician behind the music.

Liz Flavell is a former music journalist who writes and edits reference books, which a focus on history and biography.

Her most popular titles include biographies of Elvis Presley, John Lennon and Christian Dior. She lives in Brighton, England, and her most recent books include Biographic Hendrix and Biographic Bowie.

Be the first to review Biographic: Marley. 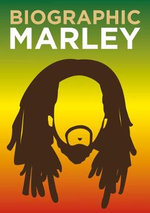