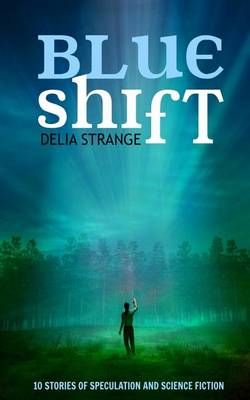 10 Stories of Speculation and Science Fiction

One novella, seven short stories and a duo of flash fiction.

SECOND LIFE is a sci-fi mystery novella set in the Australian outback. Brenda is a woman who lives with an old man that could be her grandfather and a young girl that could be her daughter; except they're not.

What happens during a new moon? Why does nobody remember their past? What secrets is Brenda keeping and why is she suspicious of the child in her house?

FORTUNE: .When an up and coming artist is confronted by a strange man foretelling the future, she laughs off the warning. Years later, after discovering that she should've taken heed, another psychic offers her the chance to decide between two outcomes.

DOT MATRIX: When George Griper is taken for a tour around an advanced bio-laboratory, he finds himself confronted by an experiment on lifetime memories.

LOVE OF COUNTRY and CREATIONISM: Two flash fiction pieces, both starring Misha Collins, the Queen of England and an elopus.

MECCA: For those who've read 'Femme', this short story provides an insight to the history of the enslaved man, Mecca.

PURE: If the world seems like it's going crazy, is it them or is it you?

THE SONG is about music, madness and love. This competition-winning story is about a woman who defies the madness that threatens to overwhelm her, until she has nothing left to lose.

Be the first to review Blue Shift. 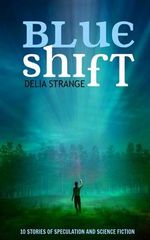 Short stories Science fiction
Hold on while we process your request.