It's 1999. Change is coming. A mysterious technology called the Crab is infiltrating the minds of U.S. citizens with dreams from another planet. Sarah's psychic abilities make her the first person to recognize the alien dreams crashing around New York City, but what should she do? Does the Crab free people's minds, or enslave them? Marinda, a painter who can't make herself paint, has an ex-boyfriend determined to get her back or punish her for leaving, he can't tell which. The strange late night phone calls he's getting, source unknown, are egging him on. Jerry, who thinks New York is his for the taking, is getting the calls too, and growing increasingly volatile and confused. Across the U.S., in government buildings and in bars, violence is spreading, and no one knows why. Is it the Crab? As the danger rises in this disturbing, suspenseful, and humorous novel, the question turns urgent: whose dreams are people really dreaming?

Be the first to review Crab. 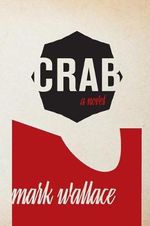