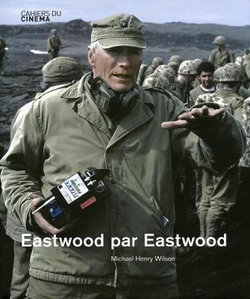 A unique document: Clint Eastwoods story, as told in his own words

A reference work in which one of the great masters of contemporary cinema revisits, film by film, his entire career as both a legendary actor and a remarkable director

An insightful conversation with the critic and documentary filmmaker Michael Henry Wilson, who has known Eastwood for over twenty years

A richly illustrated, faithful record of Eastwoods work, containing film stills and set photographs as well as previously unpublished photographs from his personal collection, dating from his youth and early years as an actor

A potential 2010 bestseller: Eastwoods recent films including Million Dollar Baby (2004), Gran Torino (2008), Changeling (2008) and Invictus (2009) have enjoyed huge worldwide success, both at the box office and with the criticsIncludes a biography and a complete filmography

Based in Los Angeles, Michael Henry Wilson is a filmmaker and film historian. He is a regular contributor to the magazine Positif and has published many books, including A personal journey with Martin Scorsese through American movies (1997).

His two passions ? cinema and history ? come together in his screenplays (Alan Rudolph's Investigating Sex, 2001) and his own films (In Search Of Kundun, 1998).

After completing an intimate portrait of Eastwood in Clint Eastwood, A Life In Film (2007), he made The Challenge of Reconciliation (2009), a film devoted to Nelson Mandela and the transformation of South Africa, in which Eastwood himself plays a key role.

Be the first to review Eastwood on Eastwood. 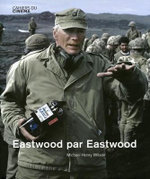