The ketogenic diet a style of eating that is low in carbs and rich in healthy fats is a powerful way to transform your health, lose weight and find relief from common health problems.

In this practical, one-stop guide, Pete Evans gives you the essential information you'll need to transition to this way of eating, including:

As always, Pete's recipes are quick, easy to make and full of bright, fresh flavours.

Easy Keto is for anyone interested in this way of eating who is unsure of how to get started. With some basic guidelines it has never been simpler or more enticing to reclaim your health and go keto! 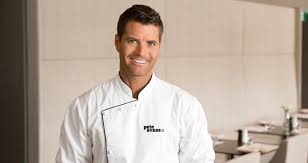 Pete Evans is an award-winning chef, restaurateur, author, TV presenter, health coach, adventure seeker and father. Born in Melbourne and raised on the Gold Coast, Pete Evans is one of Australia's leading authorities on healthy cooking and lifestyle.

Pete began his career as a chef and restaurateur at the age of 19, opening numerous restaurants, including the award-winning Hugo's, as well as cooking in some of the finest restaurants globally. Since then, Pete's career has moved from the kitchen into the lounge room, with many TV appearances including on Lifestyle Channel's Postcards from Home, FISH and Moveable Feast. Pete is currently co-host of Channel 7's hugely successful show My Kitchen Rules and the host of his own series The Paleo Way. He is also executive producer of the documentary The Magic Pill.

Despite his fast-paced career, Pete is a simple guy at heart. He loves his family, the ocean, surfing and maintaining his own healthy lifestyle. When he switched to a paleo way of living, an abundance of mental, physical, and emotional changes followed. This paved the way for Pete's belief that food can be medicine, and that it should be our first port of call for a healthier life.

As a certified health coach, Pete is dedicated to improving people's lives through education about nutritional food and wellness, and wants to help change the lives of everyone around him, including you!

Be the first to review Easy Keto.