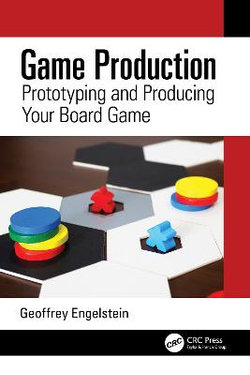 Geoff Engelstein is an adjunct professor of Board Game Design at the NYU Game Center. He has spoken at a variety of venues, including Pax, GDC, Gencon, Rutgers, and USC. He has degrees in Physics and Electrical Engineering from the Massachusetts Institute of Technology, and is currently the president of Mars International, a design engineering firm.

Since 2007 he has been a contributor to Dice Tower, the leading table-top game podcast, with 'GameTek', a series on the math, science, and psychology of games. Since 2011 he has hosted Ludology, a weekly podcast.

He is also an award-winning table-top game designer, whose games include The Ares Project, Space Cadets, The Fog of War, and Survive: Space Attack, many of which are co-designed with his children, Brian and Sydney.

Be the first to review Gamecraft.