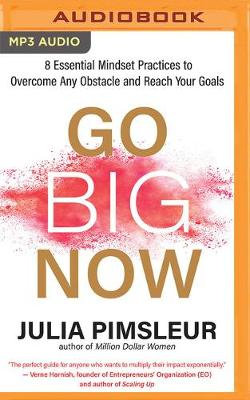 Julia Pimsleur is CEO and Founder of Little Pim, the leading program for introducing young children to a second language at home. It sells internationally in nineteen countries, and has won more than twenty-five awards for its proprietary Entertainment Immersion Method.

Pimsleur is dedicated to helping other female entrepreneurs access growth capital - one of the greatest keys to business success. To this end, she has created the "Double Digit Academy" fundraising boot-camp and the online course "Further. Faster. Funded."

Pimsleur has blogged about entrepreneurship for Forbes.com since 2012, and she has been a speaker at Stanford University, Yale University, NYU Stern Business School, and the Yale School of Management.

A popular TV guest, she has been featured on TODAY, NBC Weekend Today and Fox News, and her company has been highlighted in Business Week, Wall Street Journal and The New York Times. She won the 2013 Smart CEO Brava! Award for women entrepreneurs.

Be the first to review Go Big Now.